The last part of the photo journey Arctic I have written for a magazine. Arctic nature is fascinating in all aspects. The vastness of the landscape is not to describe. It was an unforgettable experience and one of the best trips I have ever made.

Some wildlife photographers joined me and we tried all sorts of long exposure photographs. Sadly the machines of the boat haven’t been switched off long enough. During the night we had a long drive to Moffen island to see walruses and hundreds of walrus skulls. Arriving early morning at Moffen Island which is a protected area. After the near-extinction of walruses in Svalbard, Moffen Island played an important role in re-establishing the walrus numbers and still is. It is forbidden between 15 of May and 15  of September to come closer than 500m to this island or even to set a foot on it. We arrived later than the 15 of September, we got the privilege to enter the little island. 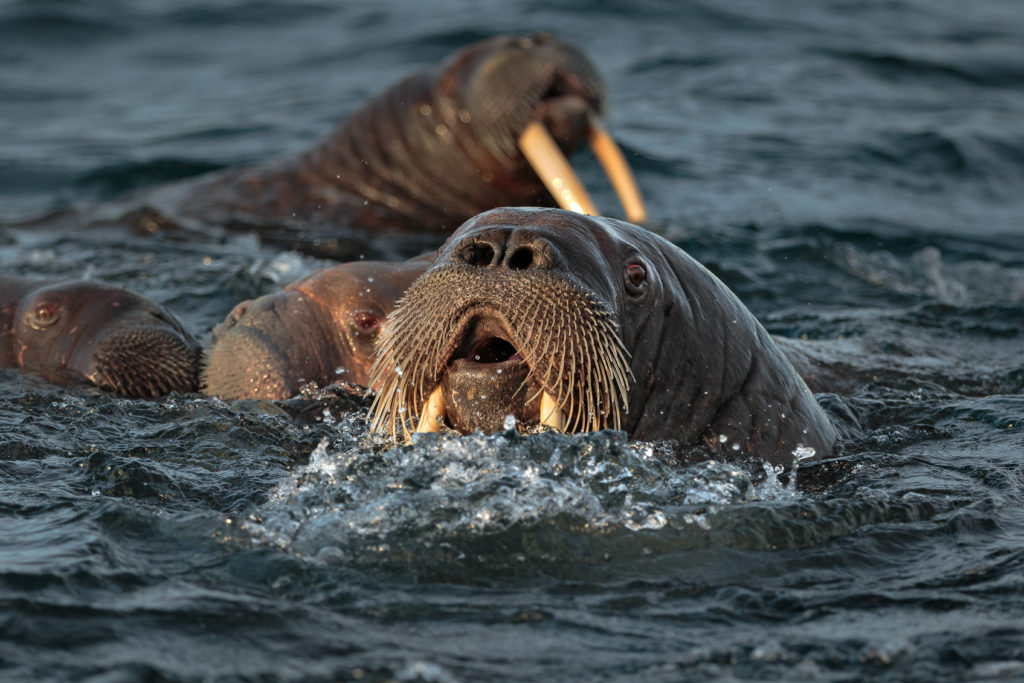 A photo journey, the Arctic – Walruses swimming in the Arctic sea in Svalbard, Norway.

Moffen island and its walruses

The guides checked this little island for the endangered polar bears. None were seen so we could land to get a bit closer to a walrus herd. Landing on this island was a particularly sobering experience. While waiting until all the photographers had set foot on land I was looking around, and what I saw made me sad! Trash and further off more trash. Plastic bottles washed ashore and a few other items. I could even see a rusted oil barrel, yellow plastic boxes, and a few other things while crossing. We walked with the whole group over the island to a walrus herd. Walking on this island was like walking through an extremely old graveyard. Bones and skulls were scattered of old walruses. The bones looked ancient. You had to watch where you set your feet that you did not step on any bones. 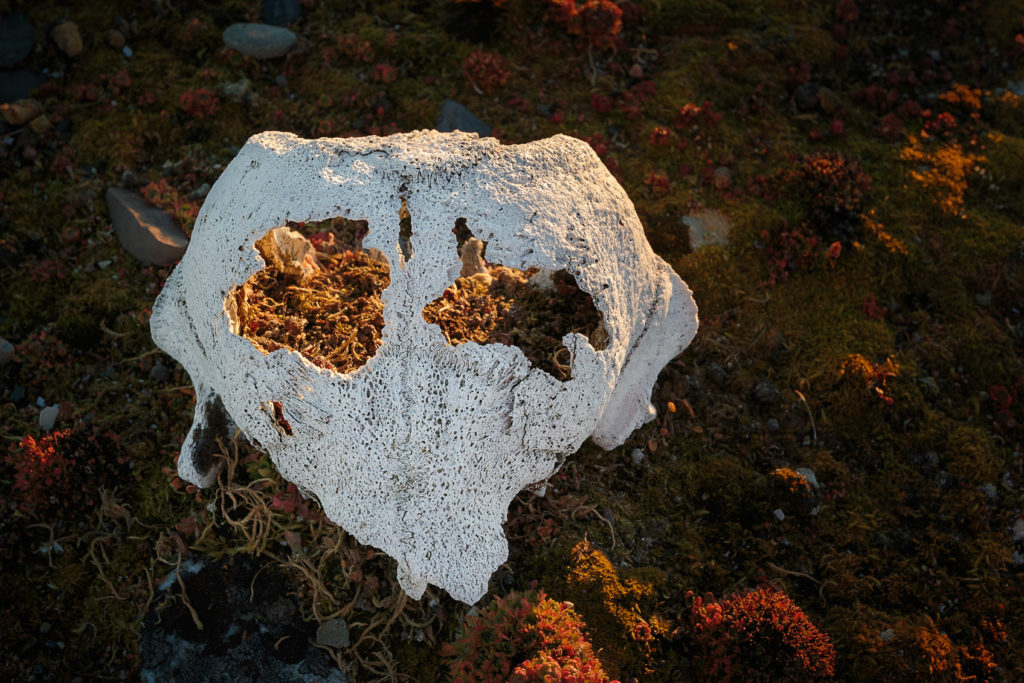 Photo journey the Arctic – walking over Moffen island I came across a walrus skull.

After crossing the island we came to a walrus herd at sunrise. The light was marvelous; throughout the whole trip, the light was incredible. We stayed with the walrus herd for about two to three hours before returned to the zodiacs, stopping on our way back here and there to photograph the bones and pick up some trash. In the end, my camera bag was full of trash as I stuffed it in every corner I could. 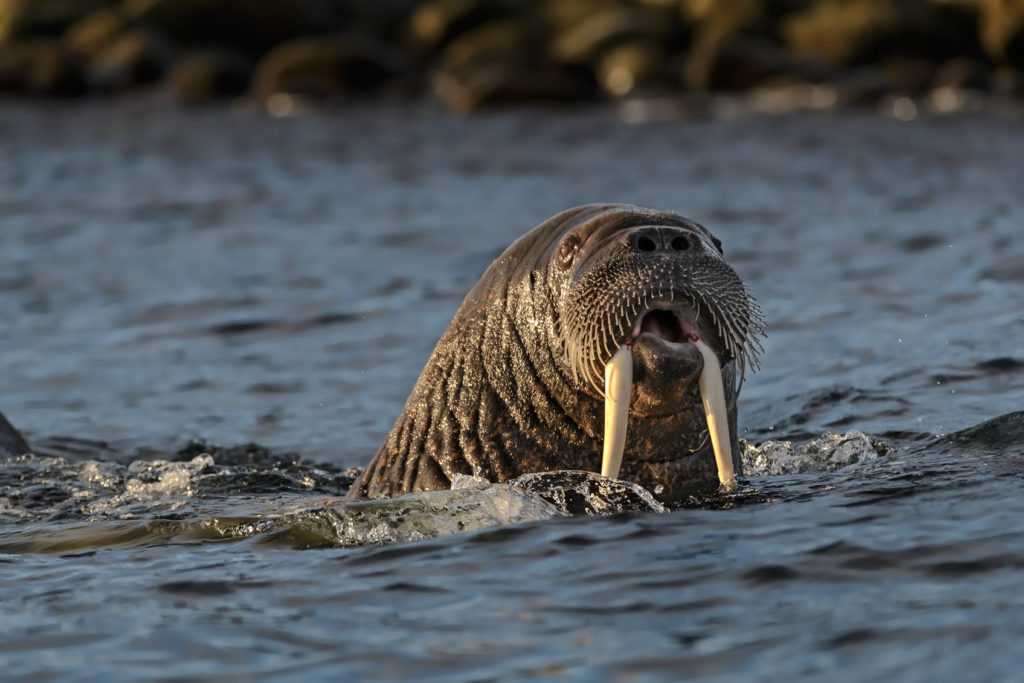 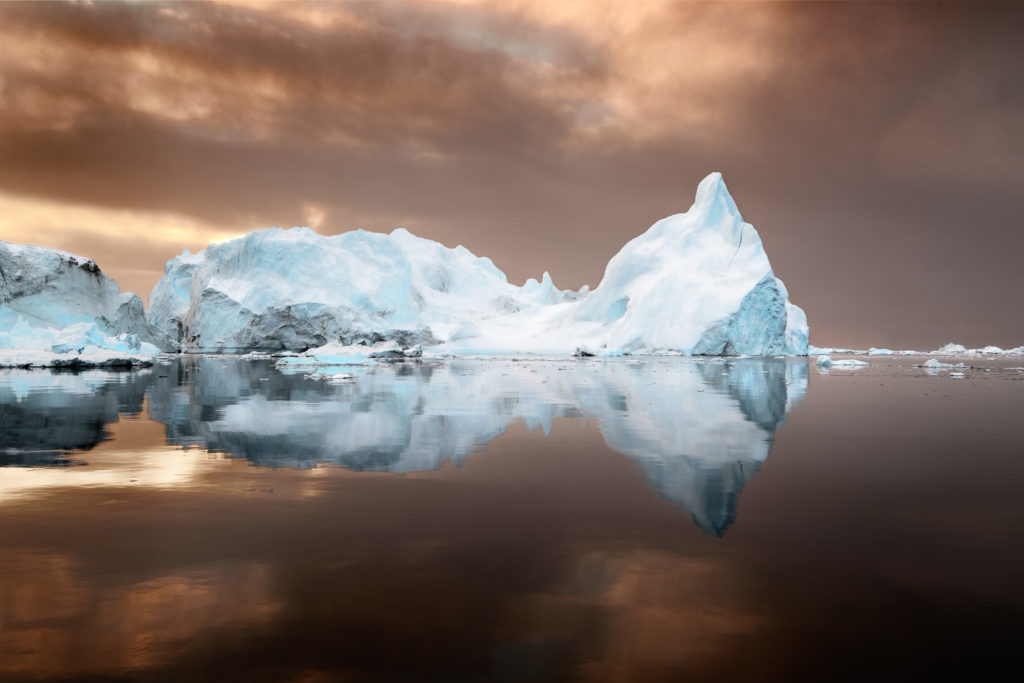 The next stop was in the late afternoon at Vasa Stortlinden. The scenery on the drive from Moffen to Vasa Stortlinden was breathtaking. We passed through a channel to reach our next destination. When small icebergs greeted us in the channel, we all knew a glacier was not far away. Coming around the corner, there it was – a huge glacier right in front of us. Zodiac loading became one of my favorite tasks; we always had fun talking while waiting for the guides with the zodiacs. Onboard we took off through the icebergs in the late afternoon, with the sun already behind the mountains but still enough giving us enough light.

While maneuvering through the ice we saw a bearded seal. The game started, zig-zagging slowly towards the seal. It seemed we were unlucky on this occasion as the seal went into the water, but suddenly it was behind, gave us a short look, and disappeared underwater. Suddenly the seal was in front; this seal must have had so much fun playing cat and mouse with us. From one side to the other, this went on for about 15 min. We all had a laugh and missed it when it finally went on its own way underwater. 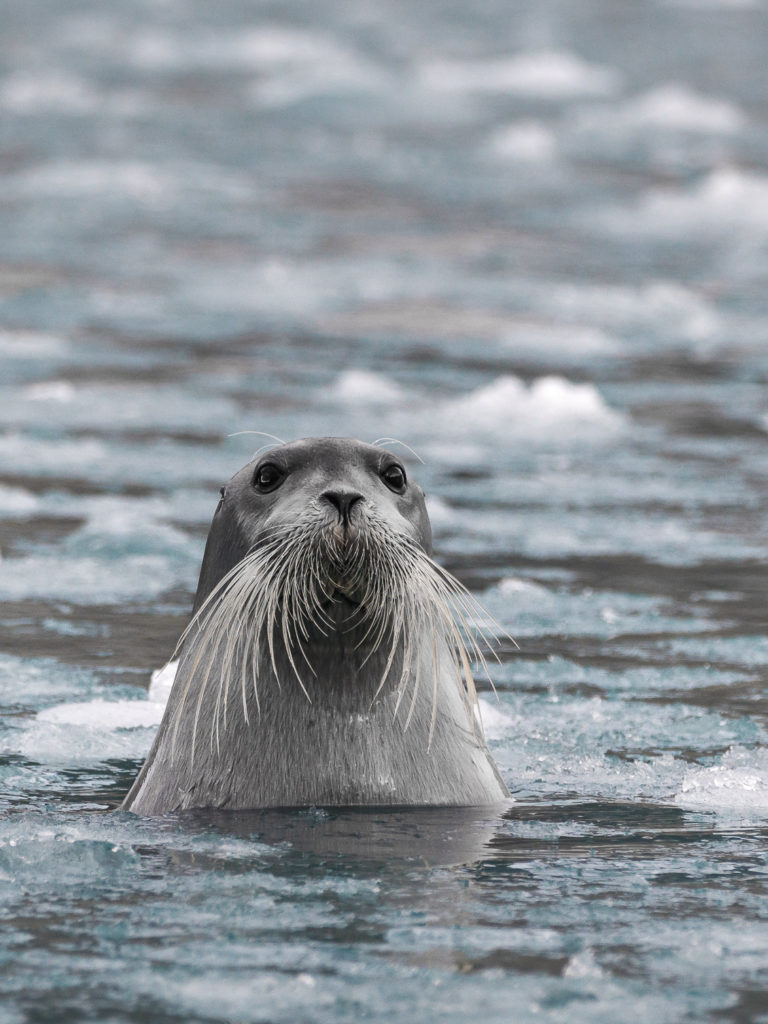 Glacier Calving With A Loud Bang

We went on through the ice until a very loud bang took us by surprise. There was a loud noise, a big splash and a huge amount of water flew into the air. A big piece of ice was falling from the glacier tongue and fell into the water with such loud noise. This happened a few times. When you drive or drift with the zodiac in a silent area, this sound becomes particularly loud. That was very impressive. We spent a few hours between the icebergs for all sorts of photographs. Sometimes some seals had a look at us.

After dinner we came together to share some photographs, each person showed three-five photographs and talked a bit about them. I don’t have a Laptop so was not able to join in with the show and tell, but was able to look and see. It was very interesting to see what some photographers have taken on this trip and hear their interpretations of their photographs. 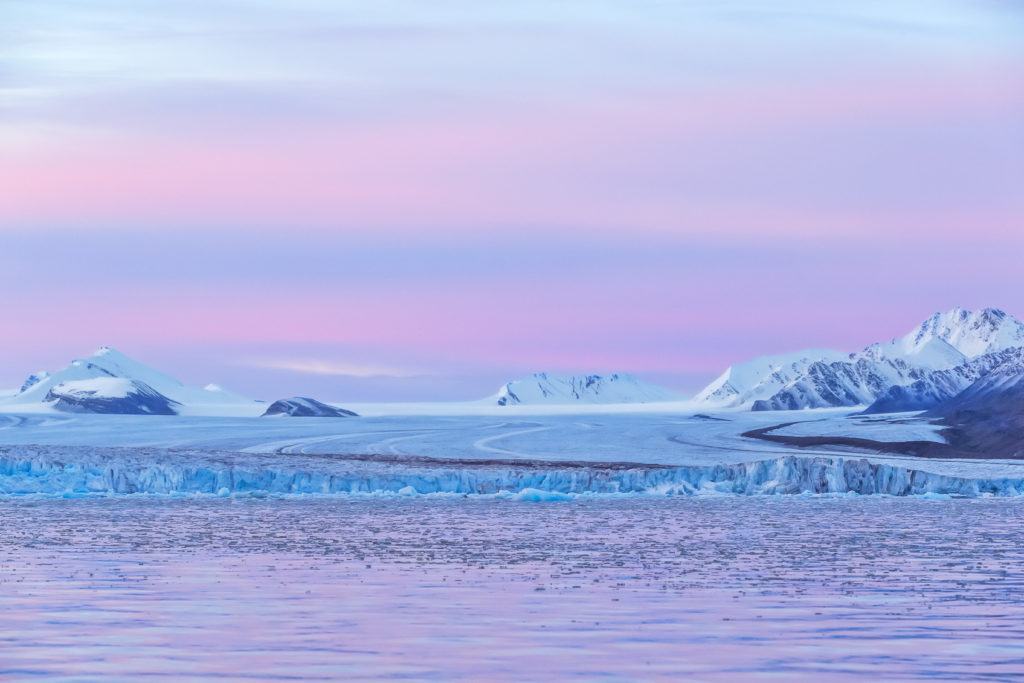 Landscape photograph of a Kongsfjorden glacier in Svalbard at sunset.

On The Way Back To Longyearbyen

During the night we returned to Longyearbyen. The next morning we packed our things and had breakfast the last time onboard. A bus was organized to pick us up from the boat, which brought us to Longyearbyen. Some stayed a few days longer in Longyearbyen, while some others flew back home in the afternoon. I again had an odyssey; it felt like flying to the other side of the earth to Australia to get back to Switzerland. This time I had an overnight stay in Copenhagen. On this trip, three to four seminars about photography have been held and a few movies were shown about the arctic. Indeed, the photographic opportunities have been excellent and we have been extremely lucky; we have seen 26 polar bears on this tour. Undoubtedly, the weather was extraordinarily kind to us and the waves, well that depends on each individual.

You may have missed part I of the photo journey to the Arctic or the second part of this gorgeous trip through the Arctic nature and landscape. Explore more journeys from Anette.

My nature photographs you can purchase as wall art prints on canvas, acrylic, metal. Buy large, small or medium prints.